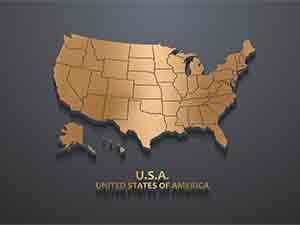 The vision of NAFIS is to build dynamic communities throughout the U.S. that facilitate people’s journey to God.

NAFIS aims to be a vehicle that aids American Muslims in their journey to God. Throughout the Qur’an, God describes a “path” (sirat, sabil, tariq) that leads to Him. The end of this path, nearness to God and knowledge of Him, is the ultimate purpose of Revelation, Prophethood and the religion of Islam. The aim of NAFIS is thus eternal nearness to God in the Hereafter, which is achieved by purifying and elevating the heart and soul of the human being during our short journey in this world.

The question then becomes how this purification and elevation can be achieved. For this, we turn to the Qur’an and Sunna of the Prophet, peace and blessings be upon him, to understand the outlines of the path that God speaks of. God addresses His Beloved Messenger Muhammad in the Qur’an, “Say: ‘This is my path. I call to God upon insight – I and those who follow me…” (12:108). In this and other verses, God informs us that it is the Prophet (s) who calls us to Him, and that we must follow him in order to journey to God.

A second question arises at this point: since the Prophet (s) has passed on to his Lord, how do we follow him today? Is it through following his teachings embodied in the Qur’an, Sunna and books of fiqh? Is it through adhering to the way of the first generations of Islam (the salaf)? Is it through traveling to a place where people still live as he did, peace and blessings be upon him? Is it through adapting his general teachings to our own situation as a minority community in the West? All of these questions are important and they deserve our attention and our effort as we attempt to follow the Prophet (s) and draw near to God, but none of them is absolutely central.

The answer – surprisingly simple – is contained in the verse cited above: “I and those who follow me.” The best way to follow the Prophet (s), is to be among a community of living human beings who follow him in word, deed and inner state. “The scholars (‘ulama) are inheritors of the Prophets.” (Ibn Majah, Abu Dawud, Ibn Hibban)  This inheritance is less a matter of book-learning than a matter of being. The Prophet (s) remembered God at all times and in all situations – even his heart did not sleep. He forgave those who wronged him and treated those who harmed him well. “His expansive heart and beautiful character enveloped the people.” (Tirmidhi) He purified and elevated his Companions – all of them – through day-to-day interactions and those who supported him and his message most ardently drew closest to God. A true inheritor of the Prophet, then, is not simply one who memorizes what he said. A true and complete inheritor is one who is as he was, peace and blessings be upon him.

This inheritance of the Prophet (s) was passed through the generations by unbroken chains of spiritual masters who purified their hearts, lived like the Prophet (s) and drew close to God. However, they often passed this inheritance on in small communities isolated from broader society and the pressing issues of their times. This isolation was foreign to the Sunna of the Prophet, who lead the greatest single transformation that the world has ever witnessed, beginning from the hearts of his Companions, radiating out to communities across the Arabian peninsula and ultimately embracing an empire stretching from Spain to China.

NAFIS aims to preserve the essence of the Prophetic inheritance passed down through the generations by the spiritual masters of Islam and to reconnect this inheritance with Islam’s mission of social, political and economic justice that was part and parcel of the Sunna of Muhammad. Our path is thus one in which all of the various pursuits of life form an integrated whole. It is one in which all hands are required – the laborer, the merchant, the mother, the scholar and the scientist are all equally integral to our mission. “And turn unto God, all together, O believers, in order that you might be successful.” (24:31)