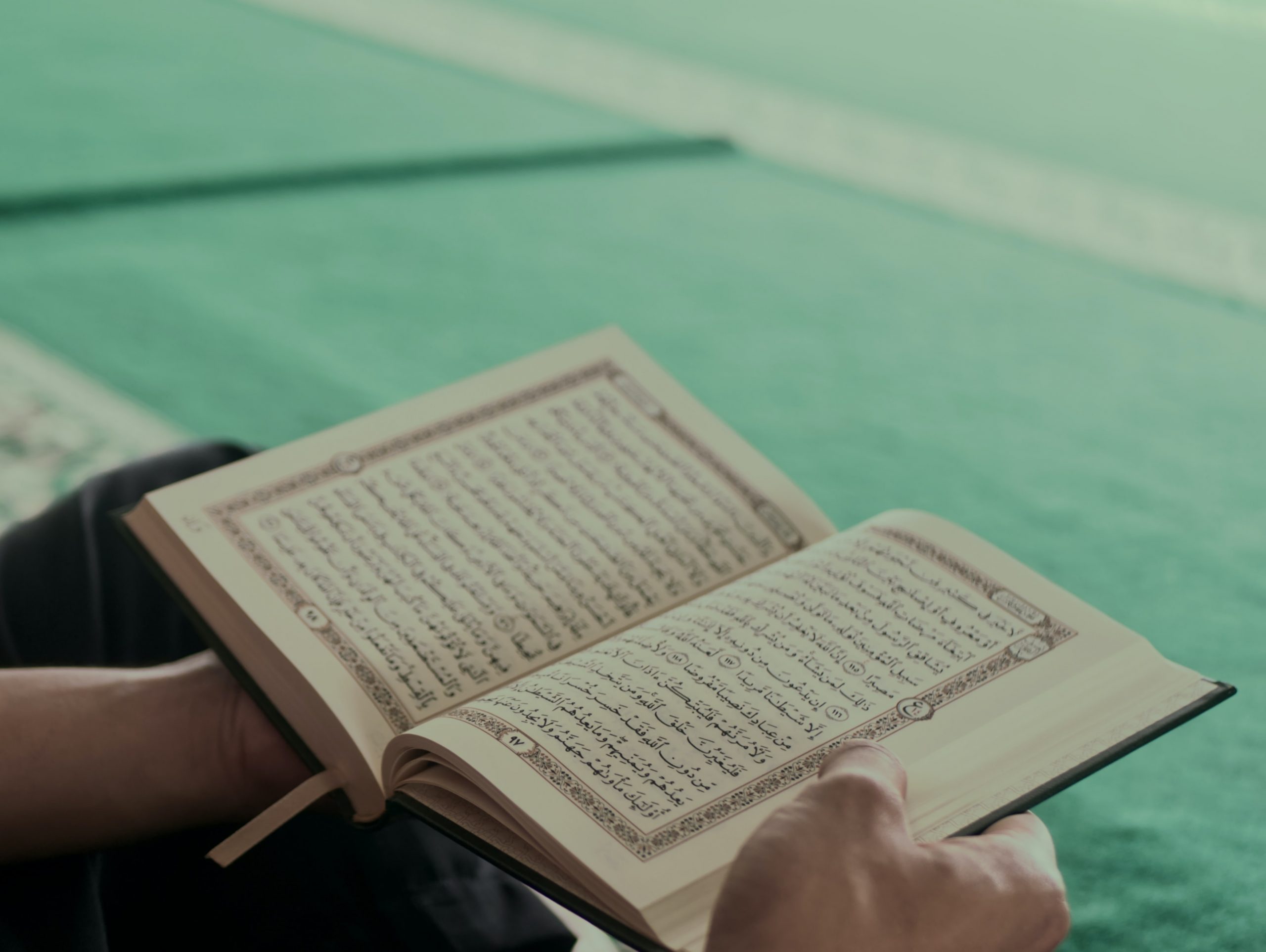 The Quran was revealed from God to Prophet Muhammad through Angel Gabriel. It was not revealed all at once, but piecemeal, over 23 years, in the Arabic language. It contains 114 chapters with 6236 verses. Its chapters vary greatly in length from 286 verses to 3 verses. It is not considered authentic except in Arabic. However, it is not only guidance for Arabs and Muslims, but for all people.

The Qur’ān is a revelation from God, not the word of Prophet Muhammad nor his biography, nor is it the word of a narrator. It is God speaking directly to you. The proof is that Prophet Muhammad was an illiterate man. He never knew how to read or write and could never produce a book like the Qur’ān, which contains timeless truths that have only been discovered 14 centuries later using the latest complex and advanced modern techniques and technologies. A second proof is the fact that no writer can ever produce even one similar verse of the Qur’ān, even though many have tried.

The Qur’ān is the final revelation from God. The proof is its completeness and timelessness. The Qur’ān is a complete and relevant guidance for everyone for all times and forever. It is guidance for all areas of our life, including our personal, familial, professional, spiritual, political, and societal life. It is an eternal and universal message that transcends time, nationality, ethnicity, race, color, and language.

The Qur’ān is not a brand new Testament but the final update of the previous revelations. These previous revelations by all other prophets were true at the time they were revealed, but they have been altered over time. So, God sent this final message, the Qur’an in order to (a) confirm their common #1 core message; that there is no deity that is worthy of being worshipped except God the one and only creator of the universe, (b) correct any alteration of those previous revelations, and (c) provide a detailed and complete revelation that is valid for everyone for all times to come.

The Qur’ān is preserved from any alteration of even a single letter or vowel. It remains exactly as was originally revealed 14 centuries ago. The proof is that, upon its revelation, the Qur’ān was memorized by Prophet Muhammad and several of his companions, and written via the Prophet’s direct dictation to ensure its perfect authenticity. Also, since its revelation, it has been committed to memory, from cover to cover, by millions of Muslims around the world, including little children.

The Qur’ān offers you answers, in great detail, to the key questions about your existence and significance in this life: Who am I? Where did I come from and where am I going? Why am I here? What should I do and what should I expect in return? What is life and what is death?

The Qur’ān presents the Prophets of God as your best models of virtue to follow, fully illuminated by divine rays, and highly spiritual but not divine. The 5 most highly esteemed Prophets in the Qur’ān are Noah, Abraham, Moses, Jesus, and Muhammad.

The Qur’ān is not only to be believed in but also to be recited, listened to, memorized, studied, taught, and most importantly acted upon.

The Qur’ān is extraordinarily beautiful and spiritually powerful, especially when you listen to its recitation by expert reciters.

The Qur’ān is a direct message from your Creator to you. It offers you complete guidance for all aspects of your life on earth in a way that prepares you well for the next life. God is the one who brought you into this life, so He is the one to best guide you.