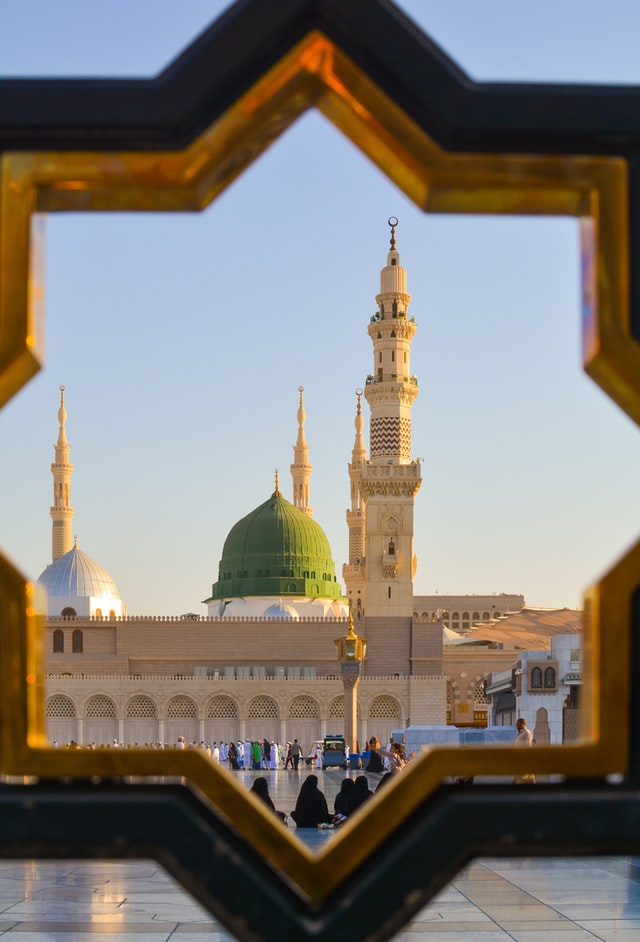 Prophet Muhammad was born in the city of Mecca in present day Saudi Arabia around the year 570 C.E. He was chosen by God to be His Prophet and Messenger in 610 C.E. at the age of 40. This is when he started receiving the revelation through the angel Gabriel. The word “muhammad” means the praiseworthy. He was indeed the praiseworthy and trustworthy by his contemporaries including his opponents. He continues to be so.

Prophet Muhammad was an illiterate man who never knew how to read or write, yet he brought to the universe a miraculous book, the Quran; a complete and comprehensive final update of previous revelations, which has never been altered in any way for the past 14 centuries. That is the #1 proof that Muhammad is a Prophet of God and the last of all His prophets.

Prophet Muhammad is not divine nor is he God nor the son of God. Neither was he an angel. He was a mortal human being. He was like you, in the sense that he used to eat and drink, and go to market-places; he got married and had children so that he can be a role model for other humans to aspire to. Muslims highly honor and revere Prophet Muhammad. But, as much as they love him, they do not worship him, or pray to him or anyone else except God and only God, the creator of the universe.

Prophet Muhammad teaches you all you need to know about your creator, including where you came from and where you are going, the meaning and purpose of your life, and how to prepare for returning to and meeting your lord.

Prophet Muhammad invites you to turn towards your creator in repentance, worship and love Him, trust Him, have full faith in Him, and serve His creation.

Prophet Muhammad guides you to real success in life and ultimate success in the next life, the permanent one. He guides you in a very practical and straightforward way through the Quran, his teachings and traditions, and his own exemplary life. In other words, Prophet Muhammad is your creator’s chosen primary guide in your life-long journey to Him.

Prophet Muhammad is full of concern for you and so grieved if you, or anyone, ever deviates and suffers in this life and the next. He is so eager that you and everyone else be on the right path.

Prophet Muhammad is a witness to the core message preached by all previous messengers, the oneness God. This belief states that no one is worthy of being worshipped except God, the one and only creator of the universe.

Prophet Muhammad is a bearer of Great News to the believers that they will live a good life here and will earn and enjoy an unimaginable reward in their permanent life in the hereafter. On the other hand, he is a warner to the disbelievers against a straitened life here with severe punishment in the hereafter. He passed to the Mercy of God in 632 C.E.

Prophet Muhammad is God’s light that is constantly spreading and shinning over the entire universe. The final, complete and clear Truth that the Quran and his teachings convey, continues to be the living proof.